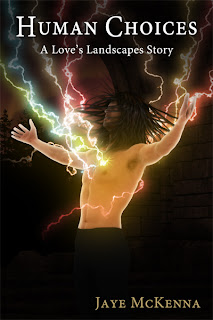 Khy is a prisoner and a slave. His life consists of days of drudgery and nights of agony. He has no memory of anything else, yet he knows there must be more beyond the fog that shrouds his mind. When his Master is called away on urgent business and Khy is left alone, a moment of unexpected clarity has him running for freedom.

Jaedin is done running, both from war in the north and from his lover’s tragic death. He’s settled in the tiny village of Rosefire, and has finally achieved an uneasy truce with his grief.

Jaedin’s hard-won peace is shattered when he places himself between Khy and the band of brigands hunting him. During the scuffle, Khy panics and works the leythe to set loose a spell. When the dust settles, Khy has fled and Jaedin finds himself haunted by something far darker than his own past.

In order to regain his peace—and his sanity—Jaedin sets off in search of the young man who has cursed him. What he finds threatens not only his own personal equilibrium, but the balance of the leythe itself.

To protect the leythe, Khy must face his tormentor and fight to free himself from the man who considers him both pawn and prize. To protect the man he loves, he must do it alone…

Note: Human Choices is a stand-alone story that takes place in the same world as Human Frailties, Human Strengths. 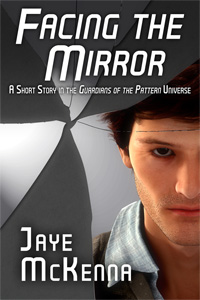 Special Agent Cameron Asada has spent four years deep undercover in an attempt to deal a death blow to the Sapphire Guild, the largest drug cartel on Alpha. The things he's done in the name of his mission weigh heavily on his soul, and Cam is reaching the point where he's not sure he recognizes the man he sees in the mirror anymore.

Things come to a head when Cam finally gets the break he's been waiting for: an invitation to work for the boss himself as a psionic interrogator. While working at the boss's estate, Cam meets Miko, a powerful psion trapped behind a wall of silence. It doesn't take long for Cam to realize that Miko is a slave, handed around to the boss's associates as a reward for a job well done.

Miko's plight tugs at Cam's heartstrings, forcing Cam to examine just how many lines he's willing to cross in the name of serving the greater good. Will Cam risk his life and his career to help Miko? Or is the trail of broken minds and bodies he's left in his wake worth the possibility of victory over the Guild? 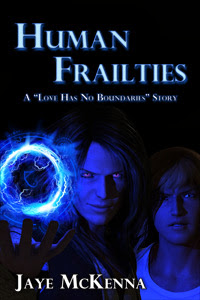 Ashnavayarian is a god in exile, sentenced to live as a human in a world that his own manipulations have pushed to the brink of war. His only way out is to learn compassion for the human creatures he so casually toys with.

Ash, however, is far more interested in escape than redemption. Furious at the way he has been trapped, he vows to break his exile by whatever means he can. The only problem is that his power has been crippled, leaving him only two choices: bow to the demands of the goddess who exiled him, or find some other way to raise the power he needs to escape.

Tor MacAran has been alone all his life. There’s a darkness in his soul, an emptiness that has haunted him for as long as he can remember. When an encounter with an old woman and an ancient book pulls him through the Void Between Worlds and dumps him at Ash’s feet, Tor thinks he’s found the answer to all his problems. Not only is Ash the embodiment of every fantasy Tor has ever had, but when the man touches him, the dark empty places inside him are filled with light, and for the first time in his life, Tor feels complete.

All Ash sees in Tor is the answer to his own problem, for a hidden power slumbering deep within Tor may well be the catalyst Ash requires to effect his escape. Ash risks far more than the wrath of the goddess in his bid for freedom — for both Tor’s life and the future of the world are endangered by his plans.

About: This is the free novella written for the Goodreads M/M Romance Group's "Don't Read in the Closet" Event for 2013, Love Has No Boundaries. This is the work that inspired the novel, Human Frailties, Human Strengths. It contains the original version of the first half of the novel.