Ravenfell, the sixth book in the Wytch Kings series is now available at most ebook retailers, and coming soon to others. 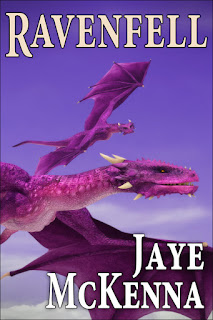 Prince Jossafir of Ysdrach should have taken the throne after his father’s death, but a Wytch Council experiment gone wrong has left him with a dangerous Wytch power he has no hope of controlling. Declared a monster unfit to rule, Joss is locked away, his only visitors those who have been sentenced to death… and him their executioner.

Now Joss must make a choice: will he use his deadly Wytch power to aid the rebels’ quest to rescue Delrinian and reclaim the kingdom, or will he turn traitor and save the man who once set his heart on fire?