Renegade, Book 2 in the Kingmakers series, is now available at most retailers. Print will be available in a few weeks. Renegade is the sequel to Khalshir, and begins with Coryn facing the consequences of the choice he made at the end of Khalshir. 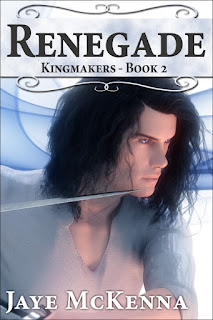 Can Coryn evade the Guild long enough to help the cousins escape their grandfather and find a mythe-weaver powerful enough to send them home? And if he succeeds, will his heart survive losing the man he’s beginning to care for?