Facing the Mirror, my free, short, sort-of-prequel to Psi Hunter has a new look! I had to ask very nicely--and carefully--because when someone you love does something nice for you--like makes you a cover for your book, and it looks about a million times better than anything you could make yourself--you don't want them to think you don't like it. And I did like it. But the old cover just didn't fit with the covers for the rest of the series, so I asked Chinchbug if he could maybe, when he had some spare time, just sort of see if he might be able to do a cover that was a bit more like the others in the series.

Wow, did he ever! Take a look at this: 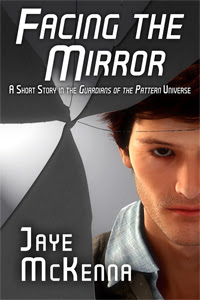 The new cover is now live at All Romance and Smashwords, and will be appearing soon at Amazon and other retailers.

Now I have to go make that dude a really nice dinner!
Posted by Jaye McKenna at 7:06 PM 2 comments:

Burn the Sky: A Sneak Peek

While Gremlin's Last Run is being ripped to shreds by my beta team, I've been working hard on a fantasy dragon shifter story called Burn the Sky. I wrote this as an 18,000 word novella last summer, intending to submit it to a publisher for an anthology call. While my beta team all liked it, everyone said it wanted to be a novel. And I agreed. Cramming the story and the ideas I had into 18K just wasn't going to cut it. So I put it away until I had time to work on it. Over the last few weeks I've been rewriting it as a short novel, and it looks like it's going to end up somewhere around 55,000 words. Chinchbug has already made the cover, and I should finish up this draft in a week or so. I'd like to have this out by the end of this year or early next (the timing will depend on how much work Gremlin's Last Run needs before it's released). 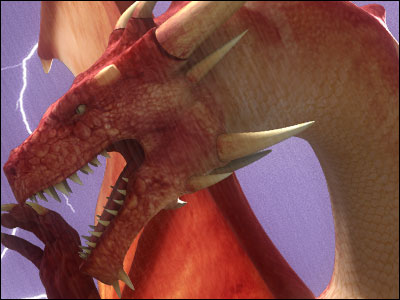 Prince Garrik is the heir presumptive of Altan, next in line to be crowned Wytch King. There’s only one problem: in order for Garrik to be crowned, he must possess Wytch power of his own, and thus far, whatever power Garrik might possess has shown no sign of awakening. As things stand, it is Garrik’s younger brother, Jaire—a dreamer completely unsuited to wear the crown—who will take the throne after their father.

Things come to a head when the Wytch King, who has grown increasingly impatient with the situation, demands that Garrik’s power be forcibly awakened. Hoping to protect his brother from the burden of rule, Garrik allows the attempt—with disastrous results. Now, Garrik must learn to control the fiery dragon that rages within him before he destroys everything he loves.

Wytch Master Ilya has been alone for years. Learning to control the icy beast slumbering deep within him has already cost him his family and his lover, and Ilya will never open himself up to that kind of pain again. Summoned to Altan to avert disaster if he can, Ilya has no intention of allowing anyone to thaw the ice in his heart. When he meets Prince Garrik, sparks fly, and Ilya finds himself fighting feelings he’d thought long buried.

Can Garrik’s fire melt Ilya’s icy heart? Or will Ilya be forced to use his ice to quench the flames that burn within Garrik once and for all?
Posted by Jaye McKenna at 7:52 AM No comments:

Email ThisBlogThis!Share to TwitterShare to FacebookShare to Pinterest
Labels: Blurbs, My Stories

Today kicks off Smashwords Annual Summer/Winter Sale. For the entire month of July, you can get my M/M fantasy novel, Human Frailties, Human Strengths and my M/M sci fi novel Psi Hunter (Book One of the Guardians of the Pattern series) for 50% off using coupon code SSW50 at the checkout. Facing the Mirror, a short story which takes place in the Guardians of the Pattern universe and is sort of a prequel to Psi Hunter, is also available for free on Smashwords.
Posted by Jaye McKenna at 9:47 AM