And For My Next Trick...

It has come to my attention that I have a one-track mind. Or, as Husband-Beast would say, I have a multi-track mind, but all the tracks run in the same general direction.

Here’s the thing: up until recently, I’ve not had time to focus on more than one project at a time. Now that I have more time, and am attempting to get something out there for real, I’m putting a lot more time into revising and editing, but I find that The Swamprat is unhappy with that.

This means I’m going to have to learn how to work on more than one thing at a time. So we’re going to give that a try and see what happens. (I suspect it will be Pandemonium on a Stick, but I’m trying really hard to reserve judgment at this point.) I’ve finished drafting the sci fi series (five books), and I’m moving into the revision/editing stage on book one (working title is Touch of Darkness). But I’m gnashing my teeth in Creative Frustration because I’m not actually writing anything. So I’m going to try to start drafting some fantasy stuff at the same time.

If that works out, I’m going to have a go at balancing on one flipper whilst bouncing a little red rubber ball on my head and playing a cheerful tune on my nose flute. Stick around—it’ll be fun.
Posted by Jaye McKenna at 4:30 PM No comments:

Email ThisBlogThis!Share to TwitterShare to FacebookShare to Pinterest
Labels: The Scribbling, What It's Like In My Head

Love Has No Boundaries

As any of you who are members of Goodreads M/M Romance Group are probably aware, this year’s “Don’t Read in the Closet” event is called Love Has No Boundaries, and it’s going on right now. Story prompts were posted in mid-March, claiming of prompts by writers took a week or so, and now all the writers who have promised stories for the event have their heads down and are writing furiously.

I wasn’t planning to do this event this year... I was just going to sort of have a look at the prompts and see what sorts of stories would be coming out of this, and maybe watch the process and consider participating next year. Never do today what you can put off until tomorrow, and all that. Except... there was a prompt that really grabbed me, and before I knew it, I had committed to writing it. (Yikes!)

Two weeks later, I had a 34,000 word novella drafted, and had a ton of fun doing it. And Husband Beast, who has no interest in reading M/M fiction, even pitched in and did a cover for me. This is kind of a big deal for me—it’s the first time in about ten years that I’ve sent anything out there into the world except for blog stuff, which, let’s face it, is really just me talking to myself and the people in my head.

Anyway, here's a sneak peek of the blurb and the cover art... and once the story is released (sometime this summer) I'll make it available here in The Swamp, either as a series of blog posts or (if I can figure out the Terrifying Tech Stuff) a download.

Ashnavayarian is a god-like entity who lives in the leythe, the fluid confluence of space, time, and energy that permeates the universe and binds the worlds together. Ash has always considered the human worlds his playground, and has spent many human lifetimes manipulating the creatures for his own amusement. When his meddling leads to a terrible war, the echoes of which disturb the matrix of the leythe itself, Jhara, the Leythe-Mother, sentences him to live as a human in a war-torn world that Ash’s manipulations may yet destroy. There he will stay until he learns compassion for the human creatures he so casually toys with.

But cold, self-centered Ash is far more interested in escape than redemption. Furious at the way he has been trapped, he vows to break his exile by whatever means he can. The only problem is that Jhara has crippled his power over the leythe, leaving him only two choices: bow to her demands or find some other way to raise the power he needs to break his exile.

Tor MacAran has been alone all his life. He’s never belonged and he’s never been able to shake the feeling that something is missing. There’s a darkness in his soul, an emptiness that has haunted him as far back as he can remember. When an encounter with an old woman and an ancient book pulls him through the Void Between Worlds and dumps him at Ash’s feet, Tor thinks he’s found the answer to all his problems. Because not only is Ash the embodiment of every fantasy he’s ever had, but when the man touches him, the dark empty places inside him are filled with light, and for the first time in his life, Tor feels complete.

But all Ash sees in Tor is the answer to his own problem, for a hidden power slumbering deep within Tor may well be the catalyst Ash requires to effect his escape. But Ash risks far more than Jhara’s wrath in his bid for freedom—for both Tor’s life and the future of the world are endangered by his plans. 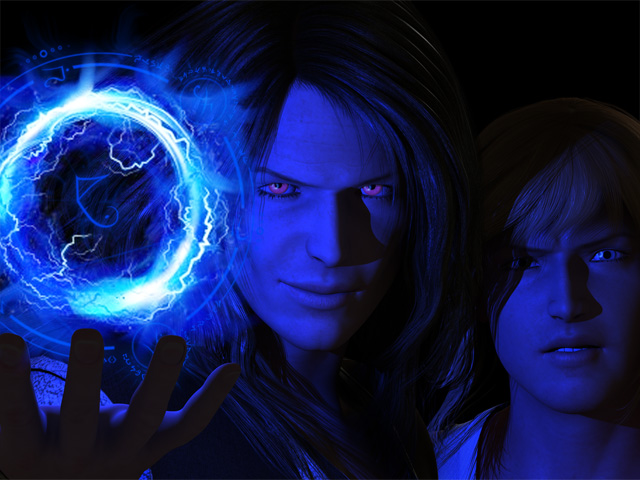 Posted by Jaye McKenna at 9:44 AM No comments:

Email ThisBlogThis!Share to TwitterShare to FacebookShare to Pinterest
Labels: Love Has No Boundaries, The Scribbling

I was all set to write this morning.

Except that there was snow to shovel so I could get the car out of the driveway in order to do the Mandatory Grocery Shopping. And there was the biweekly Scaling of Mt. Laundry, and the Cooking of Dinner. Oh, yeah, and the lifting of weights (boring), and the making of chai and baking of bread and untangling of the socks from the jeans (if they had any idea how much that pisses me off...)

And then, after chores and lunch and mandatory Morning Phone Call to Parents, then there was writing.

I figured I had a good four hours before I had the pick the kids up from anime club.

So I fired up Pyglet (the laptop. No, it isn't pink, but it's really cute, and constantly insists that it's a Very Small Animal), opened up Scrivener and grabbed my story, all ready to start.

Oh. Yeah. Sex scene today. That is where I left off yesterday, isn't it?

Okay, no problem—it's quiet, I got four hours, we'll just get this thing done.

So I yell at Nick and Vaya (main characters of book 5 of the series and the stars of said sex scene), "Okay, dudes, we got four hours, let's do this thing."

And they looked at me.

And I looked at them.

And they looked at each other.

And Nick shuffled his feet and batted those pretty green eyes at me and said, "Yeah, about that... we were thinking maybe we could just sit around and play cards instead?"

So, yeah. That’s about how that went.

And I didn’t even win at cards.
Posted by Jaye McKenna at 6:01 PM No comments:

Email ThisBlogThis!Share to TwitterShare to FacebookShare to Pinterest
Labels: The Scribbling, What It's Like In My Head, Why My Characters Don't Invite Me To Their Parties
Newer Posts Older Posts Home
Subscribe to: Posts (Atom)